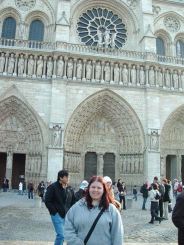 The first time Ember Hood flew on an airplane was when she relocated – for nine months – to spend her junior year of college abroad in France. Born in Northern California and raised all over Oregon, Ember wanted to “get out of dodge”, and as an English major and French minor attending Ashland’s Southern Oregon University, she knew that France would be a great place to do just that. At 22 years old, Ember had already taken French for four years in high school, and two years in college, but wanted to improve her French language skills.

“I was totally unprepared to live abroad. I didn’t know anything but that I probably needed some sort of plug adaptor,” Ember said. She took two suitcases, one big one and one carry on, and off she went to Poitiers, 200 miles southwest of Paris, to study at the University of Poitiers. For the first month, Ember lived with a host family – one woman and her two daughters, but after the month long homestay, she rented a room “from a sweet-but-crazy woman” in a house that overlooked a river. (We’ll have to get the scoop on that story at a later date!) 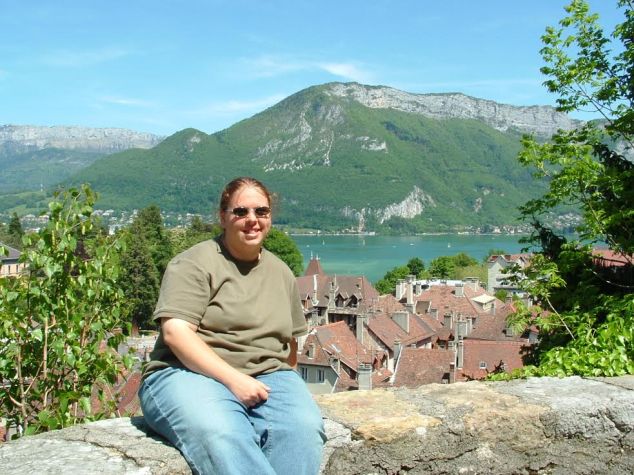 One thing Ember quickly learned is that she was allergic to French mosquitos (who may or may not have said, “Bonjour,” as they bit her). Ember attended University classes in the foreign language education program, with students from all over the world who were also studying French. In music class, the students listened to French songs and read their lyrics, and in literature they read French novels – which Ember admits she was so excited to bring back to the U.S. with her after the nine month exchange that she willingly left many pairs of shoes behind to fit more books into her suitcases. 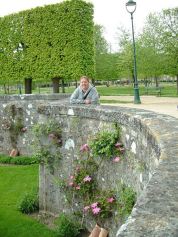 Some of Ember’s fondest memories of her time in France revolve around food (of course they do, because French food is fantastic!). She ate lots of good cheese and remembers that all French wine she drank was good – and cheap too. Ember took one trip to the Dordogne region with other international students, who were served a traditional meal with food from the region, including duck, foie gras and more. The woman who ran the international program took the students on a walk through the tiny town of their Dordogne hostel, and just down the road was an abandoned little castle in the middle of nowhere. “There are castles lying around everywhere in France,” Ember said. “It’s amazing how old everything is, and I was even more amazed that people spray paint graffiti on these ancient buildings.”

Ember’s advice to someone considering study abroad in another country, or even moving to another country is to just go – don’t worry about it. “I felt super brave after living in France for nine months. I didn’t know anyone, and I didn’t (really) speak the language. If I could do it, anyone can.”