At times when you’re on the road, you find great help in the most unlikely places. Once when Bob and I were traveling across the country in a Volkswagen bus, we found it at an auto repair shop near Taos, but really it was in the middle of nowhere. We were having serious problems with our van, and the mechanic needed to order a part to fix it. There were no motels nearby, and he kindly let us camp on his property, and use the restroom in his shop during the night.

On another trip, Bob and I were returning from Mt. Shasta to Ashland after midnight when our car (a different car than the Volkswagen bus, but just as unreliable) broke down on the side of I-5. We were nowhere near a freeway off-ramp, it was before the days of cellphones, and I was five months pregnant. While I sat in the car, Bob stood on the side of the highway, trying to flag down one of the few cars on the road. Fortunately a van stopped, and it was full of band members on their way to a gig in Eugene. We sat on the floor of the van, amongst guitar cases and amplifiers, grateful that a band we had never heard of was willing to give two strangers a ride in the middle of the night. 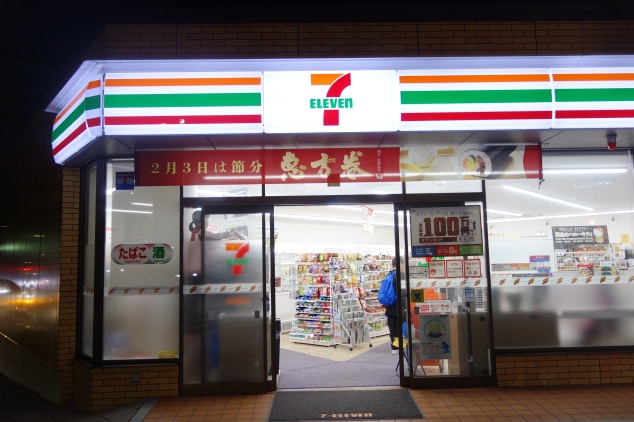 On a recent trip to Japan, my salvation came in the form of 7-11. I’ve always liked 7-11. Their Coca Cola slurpee is one of the most delicious things to drink on a hot summer day. And when you’re in need of what my youngest would call a little “something something,” also known as a treat, 7-11 has options galore. What I didn’t know is that in Japan, 7-11’s also have easily accessible, spic and span restrooms.

My stomach doesn’t always agree with me. For as long as I can remember, there are times when it declares that it has had enough with whatever I’ve been putting into it. And right then and there, with precious little warning, it decides to rebel. And when it rebels……well, I think you get the idea. When Bob and I were walking in a suburban Tokyo neighborhood earlier this year, with no bathroom in site, my stomach let out a few warning rumbles. Looking everywhere for a bathroom, my stomach quickly let me know I would have to find relief soon, very soon. We stopped in at a museum/historical site and communicated that we needed a bathroom. The kind man at the site gestured that they didn’t have one, but he pointed us around the corner, and as near as we could tell, his words were “7-11.”

Not sure that we heard him right, but in desperation, we rushed around the corner and sure enough, saw the familiar sign ahead. 7-11 did indeed do me right that day, providing a much needed (which is a major understatement) public restroom that was spotlessly clean and thankfully empty. 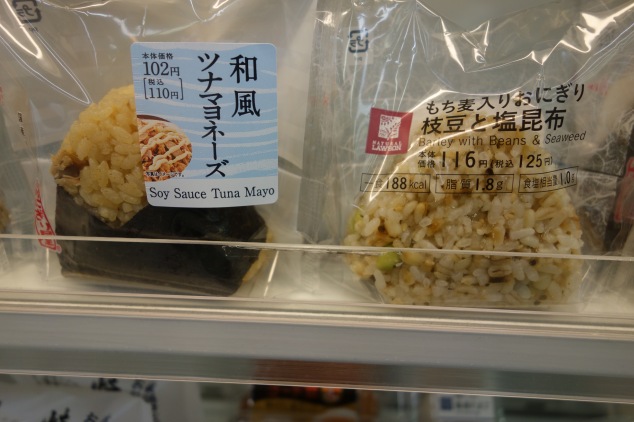 This occurred early in our trip, and from then on, every time we happened upon a 7-11, we would remark “oh thank heaven,” and also use their public restroom. But Japan’s 7-11’s answered other important needs for us too. 7-11 ATM’s seemed to be the only ATM’s that reliably accepted our debit cards to give us yen. Oh, thank heaven. We also bought delicious steamed buns and other surprisingly VERY good Japanese food at 7-11. And I’m not talking about hot dogs that have been rolling around on a warmer for hours and hours. Oh, thank heaven. 7-11 also became our go-to spot for clothing items—Bob bought “the best beanie he owns” for the cold winter weather, and Liz bought a very nice head scarf/ear warmer. Japan’s 7-11’s seem to sell just about everything, including every imaginable size and color of masks for those who don’t want to expose themselves to germs.’ 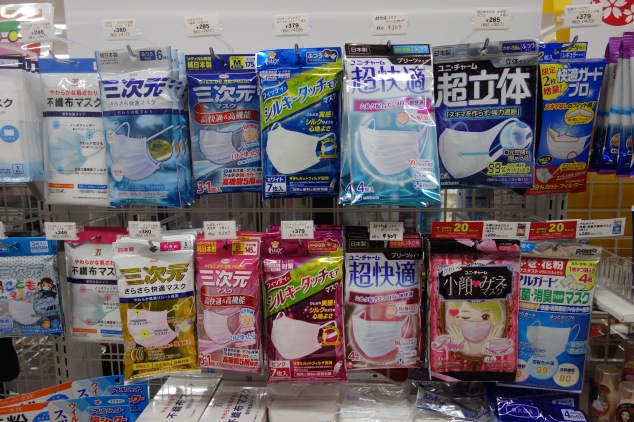 While there are no Slurpee’s at Japanese 7-11’s, there are things far better. A slurpee is delicious and all, but I think we can all agree that a clean bathroom in times of stomach desperation is like manna. Oh, thank heaven.