Even travel store owners get stuck with baggage fees. That’s right, last month on a 3 ½ week journey in Thailand and New Zealand, Bob and I had to fork over about $110 for one checked bag when flying from Melbourne to Christchurch. We were traveling with two Briggs & Riley Transcend carry-on bags, which weigh about 8 pounds empty, and two backpacks, all loaded to the gills with clothes and (ahem) purchases from our five days in Bangkok. We had carried them on with no problem from Bangkok to Melbourne on Thai Airlines, but we were flying JetStar from Australia to New Zealand, one of those “no frills” airlines, not unlike Allegiant Airlines here in the US. At the Melbourne airport that day, we learned that JetStar has lots of rules, and charges extra for lots of things.

We had arrived plenty early to check in for our flight, and when we got to the JetStar counter, the ticket agent asked us to each place our bags on the scale, and informed us that the limit for carry-on bags was seven kilos (15 pounds). This weight restriction was for everything we were carrying on, not just the suitcase, but our “personal item” (in our case our backpacks) as well. Needless to say, we were way over the weight restriction. The suitcases themselves were about 20 pounds each, and my backpack was filled with beautiful bowls that I had bought in Thailand, among other things.

Once it was determined that we were indeed both over the weight limit, the kind JetStar agent told us to move over to the side and try and get as much weight into one of the suitcases as possible. This in the hopes that our remaining bags would meet the 15-pound maximum. While it was certain that we’d have to pay to check one, the question became whether we’d have to pay to check two—and the airport charge for checking a bag was $110. So if we could get one of the bags and backpacks under seven kilos, we could “save” $110. 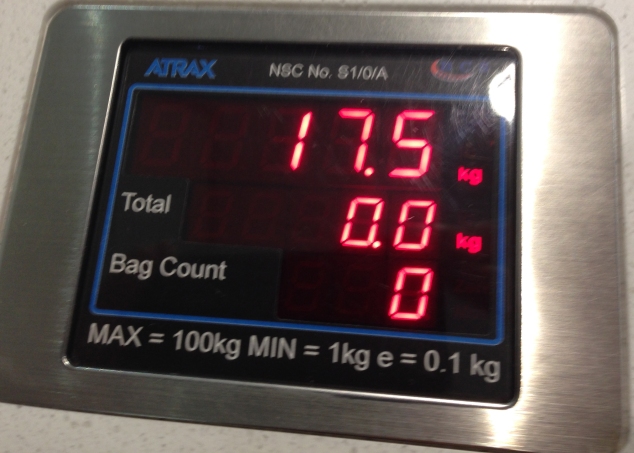 So there we were, “those” people, frantically trying to repack a suitcase on the airport floor. I’m certain we provided some entertainment for the other folks in line. We tried stuffing all the heavy items into Bob’s suitcase after expanding it. All the shoes went into that bag, as well as books and heavier clothing. I sat on the bag so Bob could zip it closed. But to no avail. Try as we might, we could not get even one suitcase and backpack combo under seven kilos. The closest we got was the suitcase by itself (without a backpack) at eight kilos. Thus we gave up, resigning ourselves to the fact that we would just have to pay $110 for each bag to get checked through to New Zealand. (And those cheap Thailand souvenirs just got a lot more expensive!) 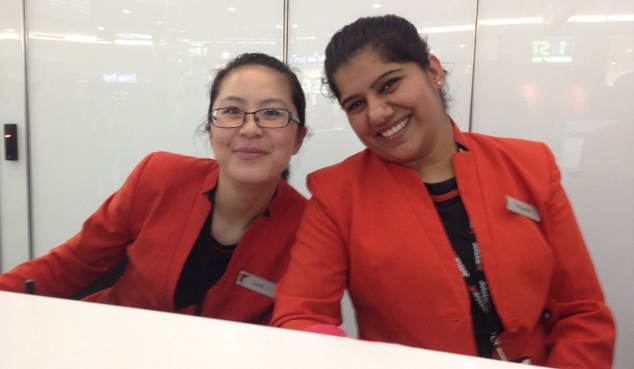 So with our overweight suitcases and backpacks, we got back in line. This time we were helped by a different (yet equally kind) JetStar agent. She began checking us in for our flight to Christchurch, and once we told her our story, she gave us a reprieve and charged us for only one checked bag, telling us to carry the other overweight bag on the flight. Since we had resigned ourselves to paying $220, the $110 charge for one checked bag didn’t seem as expensive anymore. And let’s be honest, it was our own fault. Had we checked the restrictions online ahead of time, we would have paid to check a bag when we bought the ticket, which I know was cheaper than the baggage charge at the airport. How much cheaper you ask? I don’t know, and I don’t want to find out.

One thought on “If You Get Too Cold, I’ll Tax the Heat”