I like to think I’m not too picky of a traveler. But, I do prefer non-squat toilets. I also like a good mattress and hot water. One other key component? Electricity. It’s always a welcome feature. A few years ago we traveled to Vernazza in Italy’s Cinque Terre. The town was recovering from a tremendous flood, and construction was happening throughout the area. When we checked in to our hotel they advised us that the power would be out that day and the next, but just during daytime hours, while they were continuing to repair the streets. That wasn’t a big deal, because you don’t really need electric lights in the daytime. On our most recent trip to Bali, however, we lost a bit more electricity than I would have liked. It was fun at first, then it got a little old, but in the end we adapted, because really, what were our choices?

We had planned our vacation for beach time at the the beginning of our trip, and more beach time in Amed, on Bali’s eastern coast at the end of our trip, for some lazy days after traveling throughout the country, hiking and seeing the sites. Amed is a beautiful and sleepy fishing village that boasts lovely beaches, great snorkeling and diving, and fish–lots and lots of fish. It turns out the roads along the five-plus miles of the Amed coastline were first paved in 2000 and telephone lines were first installed in 2003. Once very remote, the region is more touristed now, but still pretty quiet. 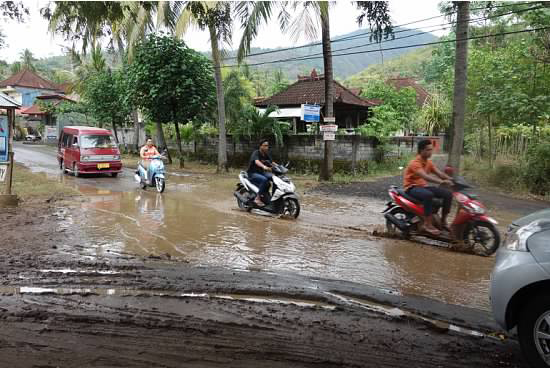 When we checked in to our beachfront villa at Life in Amed the gentleman who showed us to our room pointed out a battery operated light and advised us that once or twice a month the power goes out all up and down the coast. So we were now prepared in the unlikely event that were to happen. Well we stayed in Amed three nights, and guess how many times the power was out after dark for at least an hour? Four times. 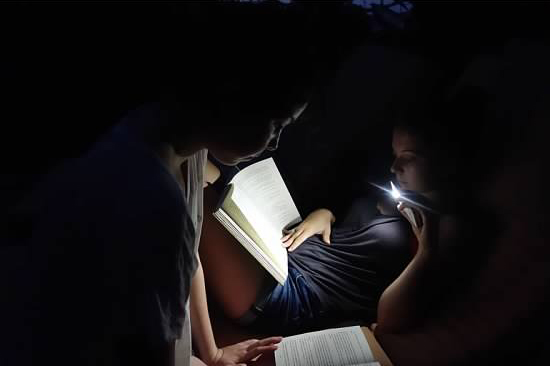 The first time we were the only people eating in a restaurant a few miles from our hotel. The power went out before we got our food, but they were able to finish making it and we ate with a small battery operated lantern at our table. It was fun at first, but then large bugs began landing on our table, near the lantern, and the girls became slightly unnerved. We finished up our meal and headed back to our hotel and within an hour or so, the power came back on. Another night the power went off as we went to bed. We had headlamps and flashlights to read by so that wasn’t too big of a deal, but the upstairs of the villa was pretty hot under mosquito netting without air conditioning or an overhead fan. Boo hoo. The power went off once at dusk too, so we sat by the pool reading with flashlights. The last power outage was at dinner on our final night, where we decided to make it easier on ourselves and just eat at the hotel. This time the tables were better lit, but sadly there were several things on the menu they could not make, including delicious jaffle sandwiches (made with an electric jaffle toaster).

Really our time without electricity was no big deal. But I’m very glad we had headlamps along and little flashlights too. It’s amazing how handy things like that are when you’re walking down a cobblestone footpath in the dark without electricity, or trying to fit your key into your hotel door’s keyhole. I’m also glad I live in a country where electricity rarely goes out (and where we can sit rather than squat on a toilet too!), although people in Amed seem very used to functioning without electricity. If you want to visit a somewhat remote and sleepy fishing village in a third world country you should be prepared for things to run at least a bit differently than you otherwise might be used to. In the end it was a great experience, and one that made me thankful for what we’ve got.