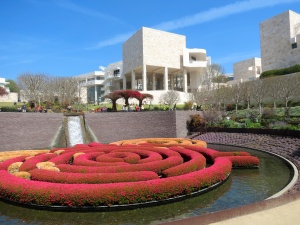 Our spring break trip to Southern California was not our first choice of vacations. Our plans to chew on cocoa leaves while hiking the Inca Trail did not work out, so our expectations, with Los Angeles as a last minute stand-in, were not set too high. It turns out we sold LA short. We spent a week in So Cal, where the entire family had a great time, and it was delightfully easy on the pocketbook as well!

Three weeks before we left, I looked into tickets for television show tapings online. We were fortunate enough to score seats for The Tonight Show with Jay Leno (minimum age 16), and the girls got tickets to a taping of So You Think You Can Dance Los Angeles Auditions. Both events were interesting, entertaining and FREE!

We dropped the girls off at the Orpheum Theater downtown for the So You Think You Can Dance taping, and the “show” began immediately as the line for audience members ran parallel to the line for dancers. Hopeful hip-hoppers, ballerinas and ballroom p

artners went through their warm-ups, many in carefully chosen costumes (full body gold lamé, chicken suits, you name it), right out on the sidewalk.

The guest judge for the day was Jesse Tyler Ferguson who plays Mitchell on Modern Family, and the auditions lasted about two hours. Lucky dancers were welcomed on the spot to the next round (and, yes, the chicken suit dancer made it) and the others were thanked for their time and efforts and sent packing.

The next day it was on to Jay Leno. The Tonight Show tapes at 4:30 in the afternoon at NBC studios in Burbank. As seats are not guaranteed, folks arrive early. We got in line at 1:30 and there were already about 100 people ahead of us, then we were all let into the studio at about 3:45. The guests for the show were actress Kristin Chenoweth and “singer” Josh Groban. Audience members under 25 years of age are seated in the front rows of the theater (perhaps it helps Jay seem younger if viewers assume his audience is younger?) so needless to say, we were seated in the back. Although we’re not really fans of either guest—actually I’m being polite here, we’re not even remotely fans of Josh Groban—we did enjoy the show. But it was quite a bit more interesting to see what happens behind the scenes of a television taping; the band, the cameras, the make-up crew, the personal attendants for Jay and each of his guests, and the crazy guy warming up the audience.

By far, the most entertaining 90 minutes on the trip however was an improv comedy show at the Upright Citizens Brigade Theater. Their 95-seat theater offers multiple shows a night, for only $5 each. The show we attended, called “Facebook”, was absolutely hilarious. Three comedians brought two audience members on stage, opened their Facebook accounts on a projector for all to see, and then proceeded to make up a number of fabulously entertaining skits based on what they found. It was really, really good, incredibly funny, and the talented performers were spot on. All shows at the UCB Theater are open to all ages, although some might find it inappropriate for young children. 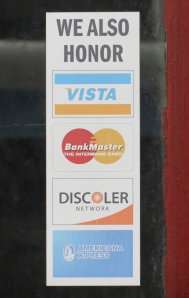 On the spur of the moment, we bought tickets ($49 each) to a tour of Warner Brothers Studios. Our youngest daughter was really pushing for this one, while I was a bit skeptical, but it turns out we made the right decision and once again we all really enjoyed the 2+ hour tour. A tram and tour guide took eight of us all over the huge Warner lot, where we saw current TV show sets (and a couple of actors too, but sadly I didn’t recognize their names, nor their tv shows), the 10-million-item props department, backlot “streets” and more. As is the case in many things in LaLa land, all is not as it seems, and this was evident when we saw fake buildings, fake cars, fake neighborhoods, fake credit card signs, and lots and lots of fun stories on how they all come together (or don’t in some cases) to make movies.

Another fun and practically free highlight of our trip was a visit to the Getty Center. Other than a $15 fee to park, this outstanding museum, with stunning art, sublime architecture and gorgeous views (when the smog clears), is free. The Getty Center also provides a free iPod Touch to each and every visitor, which offers audio details on almost every item in the entire museum. We spent a long and enjoyable morning, but saw only a fraction of what the Getty has to offer. One of my favorite parts was the Central Garden (see the photo above!)—it is just beautiful and definitely gets a “don’t miss it” designation. I was very impressed by what the Getty offers, by how well the Center is run, and by the fact that other than parking, everything is free.

One final highlight of our trip to LA was a visit to the Sunday Farmer’s Market in Hollywood. When traveling, a visit to a farmer’s market always makes me feel more like a local. I get to sample local produce and cuisine, and the people watching is always fun too. The Hollywood market is the biggest in the area, and we ate our way up and down every aisle. The fresh squeezed juices, goat cheese tamales, coffees, oranges, pastries, crepes, and shave ice were all top quality treats, and the musicians, poetry writers, and entertainers were all a delight to behold.