A friend recently asked if US citizens really need six months left on their passport’s expiration date when traveling abroad. When researching the answer, it wasn’t long before I realized that there is quite a bit of conflicting information on the internet regarding this very issue. Here’s the background. 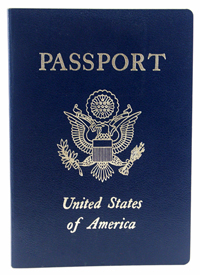 Several years ago, the U.S. State Department issued a notice warning that many countries now require US passports to be valid for at least six months beyond the date of your trip. In other words, if you are traveling in June, your passport expiration date must be no earlier than December. The State Department website goes on to say that some airlines will not allow you to board if this requirement is not met. When I tried to determine which countries are included in this six-month rule, I got very confused. The information on Spain offers an example. One site listed Spain as requiring six months, while another said that Spain required only three months of remaining validity on a US passport. I could not find the “official” word anywhere about this issue.

So, my advice to my friend was this – don’t try to travel to ANY COUNTRY with a passport that has less than six months until its expiration. It is also best to be proactive and have a new passport issued before you reach the “six-month” threshold. You never know when an impromptu, great opportunity to travel in another country will to present itself. Don’t find yourself in a situation where you have to say no because your passport will expire in four months, five months, or just under six months. Check the expiration date on your passport wherever it may be, (and may I advise you keep it in a fireproof box or safe?) and write a reminder on your calendar to renew it when you have eight to 12 months left before expiration. And remember, adult passports are valid for 10 years, but if your child received a passport when they were age 15 or under, their passport is only good for five years. For more information on how to renew your passport, click here.