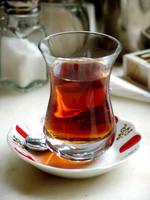 If you’ve traveled outside the U.S. a few times, there’s a good chance this unhappy circumstance has happened to you or someone you know. Yes, I’m talking about traveler’s diarrhea, also known as Montezuma’s revenge, the Turkish two-step, the trots, the Tijuana cha-cha, the sour apple quickstep (the list goes on and on). Our family was unfortunate enough to get sick while traveling in Turkey a couple summers ago (read the full story here) and it made for a few miserable days. It’s no fun having to hang out near the bathroom when what you really want to be doing is seeing the sights. We felt like we took all the precautions that go hand in hand with staying healthy in another country, but obviously, we missed out on something. Here are a few tips for keeping traveler’s diarrhea from your next trip.

Only eat fresh fruits and vegetables that can be peeled. Definitely avoid salads. We ate tomatoes most mornings for breakfast in Turkey. They were delicious, but perhaps they were our downfall. 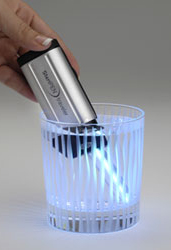 Never drink tap water. Do not brush your teeth in it, do not open your mouth in the shower. Avoid ice in drinks as well. I’ve read blogs that say not to trust bottled water in third world countries either, as some businesses fill bottles with tap water and reseal them with glue (have you seen Slumdog Millionaire?) The best source for water is to take a water purifying system, like the Steripen. You know your water will be safe, as the Steripen uses germicidal UV light to sterilize water in less than two minutes. Using the Steripen is ecologically friendly as well, because you don’t buy plastic bottle after plastic bottle of water.

Always take a diarrhea remedy, such as Immodium or Pepto-Bismol. We didn’t have any in Turkey, and ended up feeding Sarah dried chickpeas before an all night bus ride (this was a local bar owner’s home remedy, which, fortunately for us, worked!). Taking a probiotic is also a good idea.

Be wise about eating street food. We’ve eaten street food in many countries, including Thailand, Mexico, Turkey, and Vietnam, and only got sick in Turkey. Yes, it could have been the street food. Who knows? We do try and choose street vendors whose establishments are well populated with locals. We also like to see clean food carts where we are eating as well. Much to the dismay of my children (particularly when in a hot climate), we also try to avoid ice cream. In third world countries, when the power can be spotty, ice cream that has defrosted and then been refrozen can easily make people sick.

It’s hard to know exactly what made our family sick in Turkey, and it’s hard to say taking these precautions will keep you from getting sick on your travels. There are times when you just have to eat the delicious tomatoes, or drink a soda with ice in it, or even brush your teeth in tap water. If you make some efforts however to keep healthy, one can only hope that you might just keep old Montezuma from taking his revenge on you.

The Centers for Disease Control and Prevention (CDC) has more information on its page on Traveler’s Diarrhea.